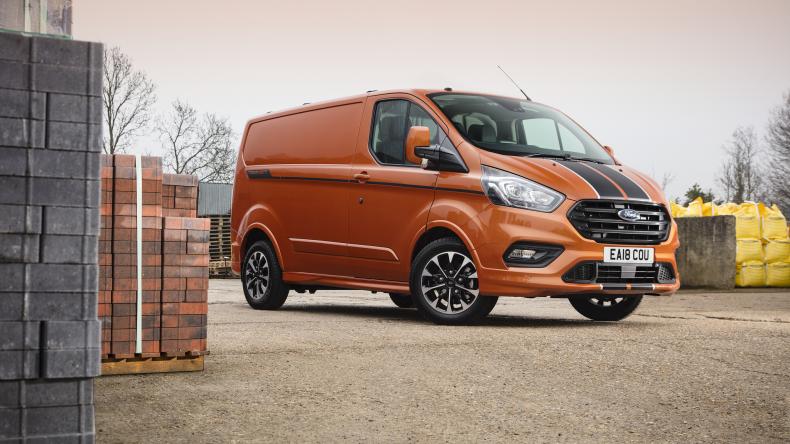 Ford Believe That PHEV’s Are The Ideal Solution.

It seems that Ford have concluded that plug-in hybrid electric vehicles (PHEVs) are “the ideal solution” for urban and extra urban operations, as it moves into the latter stages of its pilot programme with 15 fleet operators.

The trial, which started in London a year ago, is supported by a £4.7 million grant from the Government-funded Advanced Propulsion Centre.

It involves 20 Transit Custom PHEV vans which are powered by a lithium-ion battery, capable of 31 miles of zero-emissions travel, with Ford’s 1.0-litre Ecoboost petrol engine operating as a range extender. The engine does not drive the wheels, it simply helps charge the on-board batteries on the go.

The battery pack is located under the floor so the Custom PHEV offers the same load volume as the standard van, with a one-tonne payload capacity.

The test fleets varied from taxi firm Addison Lee to the Met Police and delivery operator DPD to Heathrow Airport. Each took delivery of vehicles at different points over the trial period but all will run them for a full 12 months.

The Results Of The Test

Ford has now analysed the data from more than 110,000 miles of driving. It found that the vehicles ran on electric-only for 35% of the time in total, rising to 49% in greater London and 69% in central London. Average daily mileage ranged from less than 20 miles to 110 miles.

“It’s the right answer for urban vehicles because they are zero-emission capable and have no compromise on range, volume or capacity,”

The Custom has four modes: EV Auto (where the best mode for the journey is selected), EV Only (electric only), EV Later (petrol only, conserving the battery for later use) and EV Charge (which recharges a depleted battery during higher speed driving, such as on the motorway).

By making adjustments to the way drivers used the electric powertrain, particularly for those commuting into the city for business, fleets were able to squeeze much higher usage from zero emissions travel.

“One driver started using EV Only mode from the start of his journey but he had no home charging so he was only starting with 35% charge. The battery was running for 35.8 km (22 miles) a day and the range extender for 121 km (75 miles).

“We gave him some training so he started the day using EV Charge to recharge the battery, then switched to EV Only in central London. This gave him 75 km (47 miles) of pure EV.”

The Custom PHEV will go into full production towards the end of the year with first customer deliveries expected early 2020.

Improvements Made Following The Test

Ford has made a number of enhancements following the pilot, including installing a more powerful 13.6kWh battery. This will enable full charging within three hours via rapid charge (22kWh) and five hours on domestic (7.2kWh)

It has also improved the feedback information on the driver displays and moved the charging point to the front bumper for better access. Further trials are due to begin this year in Cologne, Germany, and Valencia, Spain.

Harvey said the total cost of ownership model varies dependent on usage – Ford is “still working on” establishing the ‘sweet spot’ for daily/weekly mileage – but it could be comparable to diesel alternatives. Additional savings can be achieved if operating inside the London Congestion Zone.

Ford has kept in close contact with the residual guides and is hopeful the Transit Custom PHEV will get strong values, expected to be revealed within the next couple of months.

The PHEV will be extended to an eight-seat Tourneo Custom people mover version later this year with an EV-only range of 31 miles (total range of 310 miles). Official fuel consumption is 85mpg, with CO2 emissions of 75g/km.

Ford has also outlined plans to join the growing throng of manufacturers with a full electric 3.5-tonne light commercial vehicle, although its BEV Transit will not be launched until 2021, more than a year after the Volkswagen Crafter and Mercedes-Benz Sprinter and two years after the Renault Master.

He described the electric Transit as a “fleet owner’s dream”, adding that it would be available in multiple body styles with no compromise on payload (one tonne).

No details on range are available, although de Waard said:

“We see this van as last mile for inner city use. Professional operators don’t want to pay for what they don’t use so we have to tailor the range.

“If they don’t need more than 80km, they won’t want to pay for 200km. You need a lot of batteries for long range and they are expensive.”

He also outlined details of a two-tonne Transit Custom mild hybrid, which will be launched later this year, promising to improve urban fuel efficiency by up to 8% compare with the 2.0-litre diesel equivalent.

Would you like to find out more about PHEV Cars available? Call us on 07971 865102 for the latest deals on electric and hybrid cars.