Fleet Managers Urged to Prepare For the 31st October 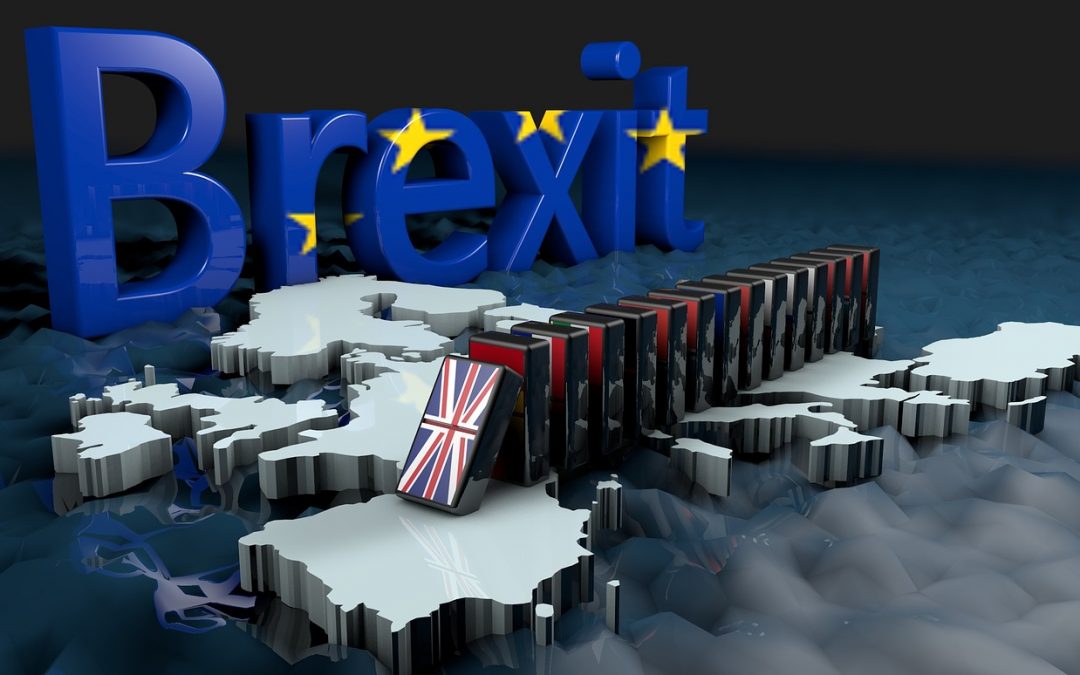 Are you Ready For October 31st?

Fleet Managers are being urged to put a disaster recovery plan in place in order to prepare for every eventuality ahead of October 31.

There was recently a launch of a £100 million publicity campaign urging businesses to “Get Ready” for Brexit. This is perhaps the clearest sign yet that we are finally leaving the EU.

Caroline Sandall, chairman of fleet representative body ACFO, said it is imperative that fleets look at some “what if?” scenarios. She recently told Fleet News:

“There will inevitably be a level of disruption, even though we can’t say at what level it’s going to be. You’ll expect it in new car and parts supply and there are likely to be some delays in the short- and medium-term.”

Sandall also dvised fleet managers to review their vehicle orders and think about how they will be impacted dependent on when, or if, the UK exits the EU. This could mean vehicles being subjected to price changes as a result of tariffs.

In the event of a ‘no deal’, the UK would be subject to World Trade Organisation (WTO) terms. The standard tariffs on cars are 10% and, on average, 4.5% for vehicle components.

The Society of Motor Manufacturers and Traders (SMMT) has estimated the cost of UK-built cars sold in the EU would rise. Due to tariff costs, costs are set to rise by an average of £2,700, and light commercial vehicles by £2,000.

Mike Hawes, SMMT chief executive, told Fleet News the UK motor industry has always been clear about the consequences of ‘no deal’.

“Brexit is already having an impact – on output, costs and investment, as hundreds of millions of pounds are diverted to Brexit cliff-edge mitigation. The UK and EU automotive industries are deeply integrated and it is vital we maintain all the conditions that have made us globally competitive – at the very least, this means tariff-free trade, frictionless borders. No deal must be avoided at all costs.”

Sandall said that due to the unpredictability of the current political climate, fleets need to sit down and look at worst case scenarios and what that might look like for each business.

“If we suddenly find that our downtime skyrockets due to no access to 24-hour parts delivery in aftersales networks, what can we do on the assumption that everyone’s going to be impacted? Hire cars could be in greater demand due to lack of parts availability. If you’re a fleet that needs that continuity, you need to have a disaster recovery plan, because that’s effectively what it’s going to be. Try to think of absolutely everything and how you’re going to deal with it, particularly for those fleets where having people mobile is integral to their operation.”

Other Issues To Consider

Sandall said it was also important fleet managers familiarise themselves with the rules around the correct documents for driving in Europe. This would include an International Driving Permit, an insurance green card and a GB sticker.

Another potential consideration is potential traffic issues in Kent from Dover. The Freight Transport Association (FTA) predicts there is a risk that disruption at the border crossing may back-up lorries and clog traffic.

Rupert Pontin, Cazana director of insight, said there were moves by some manufacturers earlier this year to bring cars to the UK market prior to the previous March 31 deadline and that process is now being repeated.

He also claimed the confusion and lack of clarity in relation to economic trading has caused business to delay fleet decision. It would seem that this is likely to be the case short term.

“Contract hire and leasing companies can force change where businesses seek to go for a second extension by increasing pricing and this will at least keep registrations on the move in the fleet sector,”

He added that if new car registrations and fleet remarketing falter as a result of a delayed Brexit, then used car stock may slip into short supply once more.

“Ultimately, right now it is extraordinarily difficult to put any sort of plan in place although the recent political developments show that, as it stands, there will be no hard Brexit.”

It is expected that a ‘no deal’ will likely result in price increases and longer lead times for vehicles and spare parts.

There are around 1,100 trucks coming into the UK from the EU every day, delivering components to engine manufacturers and car plants.

In the event of a ‘no deal’, there would be disruption to supply chains in the automotive sector caused by friction at the UK’s borders.

The Government has said it has ramped up preparation for no deal with an extra £2.1 billion, equating to £6.3bn in total to prepare for life outside the EU. This includes £16m to train HMRC staff at the borders and £20m to prepare control checks at Dover.

The Government said new transit sites have been built in Kent to smooth the flow of goods into the EU. It has appointed 1,000 new staff to support border control.

Mercedes-Benz, which achieved the highest true fleet sales in the UK last year, with more than 83,000 cars sold to fleets, maintained its stance that there would be no impact on vehicle supply from its perspective.

“Mercedes-Benz has the clear objective of ensuring goods can continue to enter and exit the UK in a timely manner following the UK’s exit from the EU. We are constantly monitoring the status of negotiations, and have plans in place to ensure that our objective is met should the UK exit the EU without a transition period. These plans cover all relevant topics e.g. the supply and movement of goods, customs procedures and logistics.”

Steve Young, managing director at ICDP, the automotive distribution research organisation, said the political whirlwind seen in Parliament over the past few weeks has continued to make planning for Brexit “uncertain and unpredictable” for businesses.

In addition to the potential for tariffs under WTO rules, he explained that there is likely to be price fluctuations due to a weakened exchange rate for Sterling versus the Euro and, although both would be affected by a ‘no deal’, the impact on Sterling is likely to be greater.

“This will create price inflation for any imported product, or product with imported content, quite separate from any tariffs. It will increase the real cost of financial incentives for vehicles in the UK market for manufacturers reporting in other currencies and will reduce their profits.”

Young says fleet managers should be contacting their leasing partners and manufacturers for information on changes to pricing on new vehicles.  He also advised that individual lead times for vehicles may vary for each manufacturer.

He added that whilst manufacturers have put place additional UK stocking for popular model variants and fast-moving aftermarket parts lines – fleet managers should communicate to drivers that there may be an impact on lead times due to Brexit disruption.

A confidential Government report looking at worst case scenarios in the event of a ‘no deal’ Brexit has been published after MPs forced ministers to reveal its contents.

The Operation Yellowhammer report warns of potential food and medicine shortages and suggests there could be disruption to fuel supplies in London and the South East due to border delays.

The Government’s contingency plans include putting 1,600 soldiers on standby to help stockpile fuel supplies with 80 tankers.

James Hookham, FTA deputy chief executive, expressed concerns that none of the planned scenarios in Yellowhammer were shared with the logistics industry in its meetings with Government over the past three years.

“We are ready and waiting to adopt and adapt to new trading practices but without knowing the scenarios the Government believes industry should prepare for, logistics operators cannot be expected to take adequate steps to get ready for a ‘no deal’ Brexit. This is the first time the industry is learning of any threat to fuel supplies – a particularly worrying situation as this would affect the movement of goods across the country, not just to and from Europe, and could put jobs at risk throughout the sector which keeps Britain trading.”

Furthermore, Yellowhammer warns that fuel shortages in the south- east could lead to shortages elsewhere with motorists panic buying.

If you are thinking of changing any vehicles between now and the end the year we would strongly recommend asking us for delivery dates and stock availability and avoid a very possible 10% increase. If you have any questions, then drop us a line using the contact form below – or call us on 01543 229722

Enquire About Getting Your Fleet Ready For Brexit