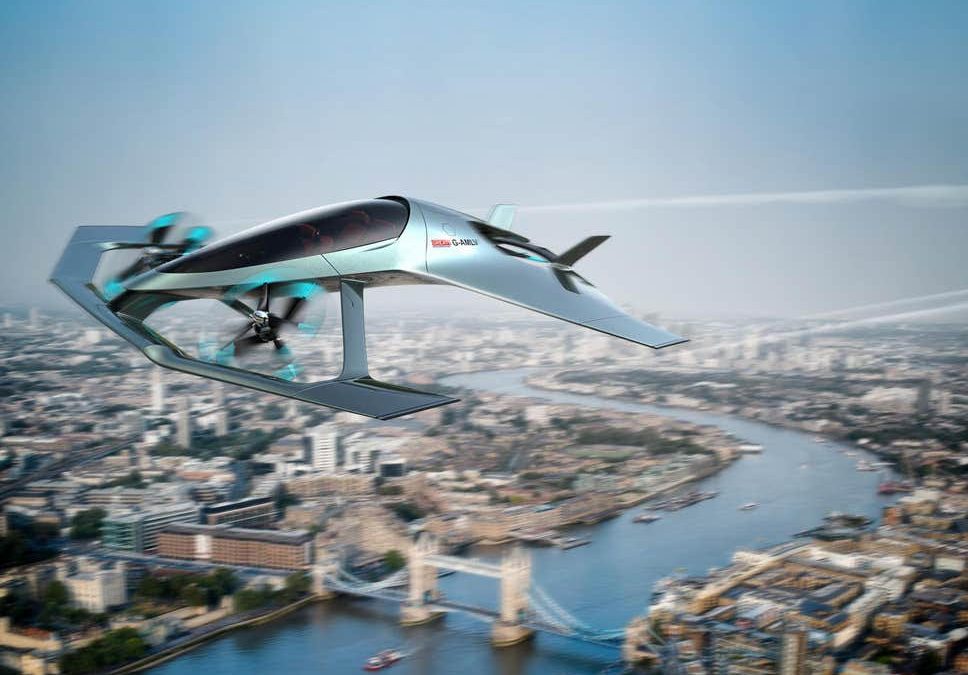 Nearly all the old Sci-fi movies saw flying cars as an absolute shoe-in by now. Despite this, reality has always to seemed to ensure that flying cars cannot be made remotely practical.

Recently the new Aston Martin “Volante Vision” concept emerged – which is actually a light aircraft rather than a “flying car” – and despite some pretty nifty realistic looking images – it is still hard to see past it being nothing more than something for James Bond movie – or a one-off play-thing for some bored multi-multi-Billionaire rather than “the future of personal transport”.

How realistic is it?

But… Aston Martin are taking it seriously. They have worked with Cranfield University, Cranfield Aerospace Solutions and Rolls-Royce plc (the air engine company, not the car-making division) to look at a way of making this the future of “luxury personal air mobility”.

It is a concept designed for every-day use. For urban areas it features vertical take-off and landing (VTOL) capabilities,similar to a Hawker Harrier “jump” jet – technology that has actually been around since the 1960’s.

In true Aston Martin fashion – it’s green too, albeit in the sense that it is conceived with hybrid power, combining an internal combustion engine and an electric motor, for inter-city rather than inter-continental travel.

Will It Take Off? (Pardon The Pun!)

This isn’t the first concept like this – and it won’t be the last. Getting the technology right so that it is practical (and affordable) are the main obstacles to overcome. However – you think about any piece of technology and the same could be said of those – from personal computers and video players to the Electric Car – and we’re still only part of the way there with that with what can be achieved!

So in our opinion, we think it’s inevitable something like the Aston Martin Volante Vision will become a reality – and possibly for the mainstream. With the names getting involved in this project, you would also have to say it is probably only a couple of decades away too.

Do you think this is the future – or is it just a fantasy pipeline best left to James Bond movies? Leave your comments below.